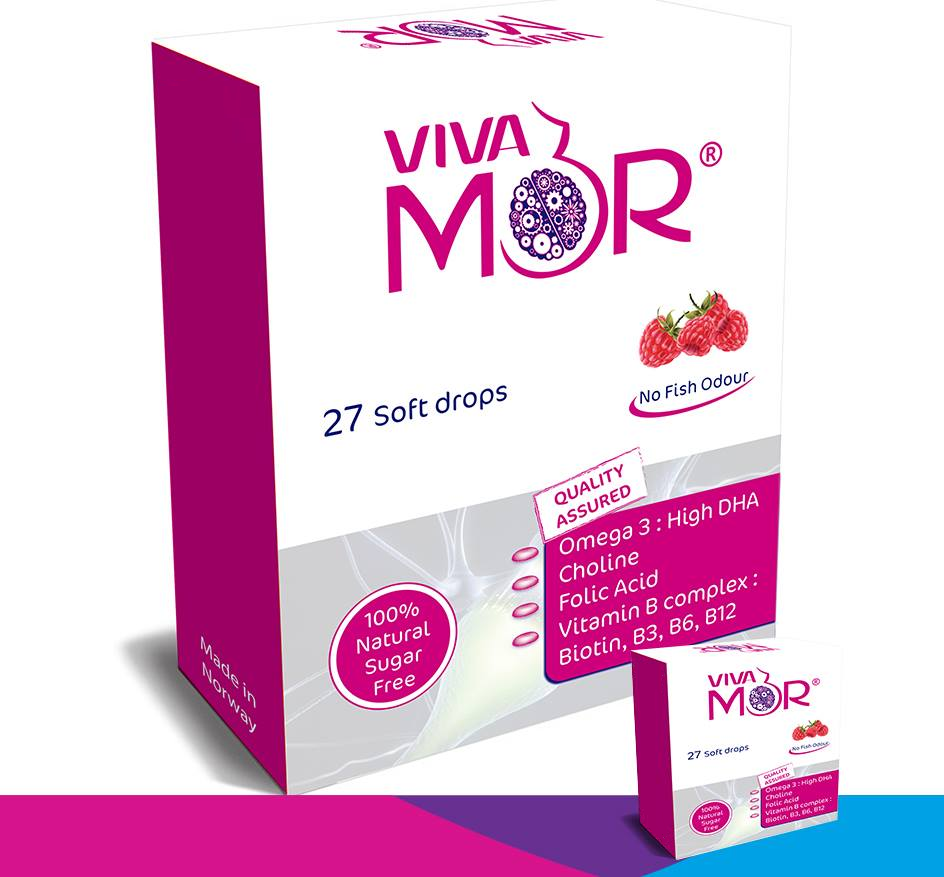 VIVAMOR® is a unique product made of the finest and highest quality formulation that contains many essential ingredients and nutrients for pregnant women to guarantee ultimate benefit for her and her baby: Choline, Omega 3,  Folate, DHA, and B Complex

All ingredients are supplied with the needed daily requirements according to the International Guidelines as seen in the table below:

Why Every Body Needs Choline

Choline is the precursor neurological building block for the neurotransmitter; Acetylcholine. (1)

The need for Choline is significantly increased during periods of high activity; where neuronal communication is accelerated. (1)

Adequate concentration of Choline plays an important role in the branching at the contact points between neurons that are involved in the learning and memory functions in the brain. (2)

Choline is an important part of phosphatidylcholine (PC); a primary structural component of the phospholipid membranes of all cells, and its need is extremely high in rapidly growing tissues and organs. (2)

Choline is also a precursor of platelet-activating factor which appears to have a key function in the maturation of fetal lungs and other biochemical events preceding childbirth. (2)

Choline is oxidized to the cellular osmolyte betaine which in turn is converted to the amino acid methionine, which is necessary for protein synthesis. (3)

Choline intake has an inverse effect on levels of plasma homocysteine; which is a biomarker for negative outcomes in pregnancy, such as low birth weight, pre-eclampsia, placental abruption and recurrent pregnancy loss. (3,4,5)

Both Choline and DHA are important building blocks for brain cells and they increase the utilization of PUFA (polyunsaturated fatty acids) and thus play a major role in membrane phospholipid formation. (1,2)

It is found as well that both choline and DHA increase the extent of branching of dendrites in hippocampal neurons, which is believed to relate to an improved capacity for synaptic communication between the neural cells. (2,3)

Choline and B complex vitamins (mainly B2, B6 and B12) intake have an inverse effect on levels of plasma homocysteine; which is a biomarker for negative outcomes in pregnancy, where they are involved as cofactors in reactions related to the conversion of homocysteine to methionine that is needed for protein synthesis. (1,2,3)

Velzing-Aarts FV et al; Plasma choline and betaine and their relation to plasma homocysteine in normal pregnancy; American Journal of Clinical Nutrition: 2005; 81: 1383-3389
Tanaka T et al; Genome-wide association study of vitamin B6, B12, folate and homocysteine blood concentration; American Journal of Human Genetics: 2009; 84: 477-482
Omega 3; Better than any
Omega 3 can be caught from Norwegian Sea which is said to be of the highest quality.

Concordix® technique ensures the least heavy metal concentrations (mainly mercury) even below the European standards, and better purity and quality of omega 3 which are of high concern for the end-user.

Concordix® has the highest bioavailability of omega 3 and no fish odour after taste.